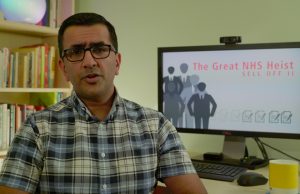 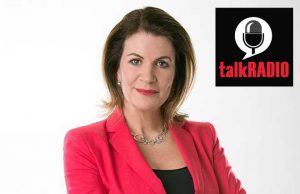 Today We signed up to gofundme.com/thegreatnhsheist No matter how much time and good will we have. To make a film costs money, to make a good film costs more money.

We think with our team we can achieve our goal to make a film that would normally cost much more to produce by giving our time and skills.

We decided we where going to make a film. A kind of “sell Off 2” an update on the NHS situation and a wake up call to all. What ever we raise.

How much does a Documentary film cost?. This is a how long is a piece of string question… A piece of string that has got ever longer in the age of high definition mobile phone cameras. The answer is from the cost of a high end mobile phone to millions of dollars for an hour of finished program material. The average for an hours finished broadcast television is $500KAUS for single non serial type film.

In a number of ways. We could of hired equipment but that makes production very inflexible, If peoples plans change and rescheduling has to be done that can get expensive. So in order to fix our costs we are buying our main camera. One of the go-to documentary cameras currently is the Sony FS7. With extras, some of which you would have to buy whatever the camera, and storage media. It can add up quickly. In the end our choice is to go for a Sony A7S2 with a Sony Video lens. Its more compact good in low light and thousands cheaper. We will use a separate Atomos Flame series recording device and monitor. This will give us Better monitoring, extended recording times arguably a slightly improved colour space and cheaper recording per G/B. a 480 Gigabyte solid state drive is around £100 – £0.20 per gig. A 64 Gigabyte fast SD memory card is around £35 – £1.82 per Gigabyte.

We have our own editing capacity this cuts one of the big costs of film production.

We are doing it on our own time. We aren’t having to pay a film crew to make this film. So big saving there, And much appreciation to those donating time and effort for this project.

We are mostly not using commercial promotion of The great NHS Heist. We are using our networks social media and novel methods to promote the film.

We are going to spend the money in the following ways

30% Equipment purchase and costs.  As well as a way of fixing our overhead, and being able to be flexable in covering items for this fim. We see this as an investment. The is a need for more efforts to inform the public on issues such as the stealth privatising of public services and infrastructure.  For future films, we will be able to act fast to cover developments and report on them. An added bonus

Planning this film has had to be done with an assumption of moving goal posts. Reaching our fund goals would mean that we will be able to travel to interview people we might not other wise be able to include. Since We are headed for an American model, & with corporate American players already entrenched in the UK’s health system. We need to speak to our cousins across the pond and report directly on what its really like for the average person in the american system.

For locations we are all ears interesting spots are hard to come by. This is another production cost we are trying to avoid.

The process of making this film takes months in this time the will be incidental costs. Office type expenses, coffees, web domains, light bulbs, set decorations sticky tape.. you get the idea. We need to have some funds for the little things that can cause big delays if not adequately funded.

The are two other things which are large budget expenses, We will do when fully funded. A soundscape and or colour grading (processing). Calling any top graders out there wanting to do their bit to help try and save the NHS get in touch 😉 S-Log3 and charted.

Whilst we are avoiding commercial promotion of The great NHS Heist. The will be costs associated with promotion. Flyers, screenings, etc.

Making the choice of how to raise funds for this project was a tough one. Crowdfunder, Paypal button, Gofundme?

For the time being we have gone with a Gofundme page and a paypal button. the Paypal option attracts less charges.

What ever platform you favour please support our project if you can, thanks :).